Samoa ends state of emergency after 5,667 cases of measles 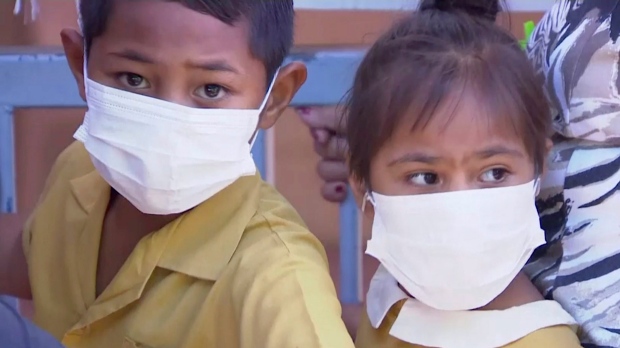 TORONTO — The government of Samoa has cancelled a state of emergency after a measles outbreak that led to 81 deaths, most of them children under four years old.

In a statement on Dec. 28, the press secretariat said the decision was approved unanimously by the cabinet and the country has entered a “Recovery Phase.”

Low immunization rates on the Pacific island nation contributed to a measles epidemic in October, which climbed to more than 5,600 cases, most of them children. As of Saturday there were 45 measles patients still in hospital, including nine critically ill children and two pregnant women. Ninety-three per cent of cases admitted to hospitals have been discharged since the epidemic began, the statement added.

The government confirmed earlier this month that most of the 200,000 people on the island (95 per cent) had been vaccinated, an increase spurred by health officials going door to door with vaccines to prevent further cases. Immunization rates had plummeted in the country in recent years to a low of 31 per cent in 2018.

As the country enters a “State of Recovery,” the government will develop a plan to be tabled during a cabinet session in January, according to the Saturday news release.

Latest update: 5,667 measles cases have been reported since the outbreak with 12 recorded in the last 24 hrs.

To date, 81 measles related deaths have been recorded.

VACCINATION UPDATE:As of 28 Dec, 95% of population have been vaccinated.